The history of light bans and ones to come... 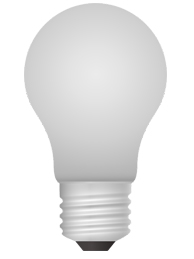 When Thomas Edison patented the first commercial vintage light bulbs back in 1879 the world was overcome with excitement. The sheer idea of flicking a switch and lighting a room was a concept that revolutionised life as we know it. Since then, light bulb technologies have advanced in leaps and bounds. So much so that some older light bulb versions have been phased out in the name of safety and environmental concerns. Want to know more? Read on for an overview of previous light bulb bans, as well as ones that are set to be rolled out in the future.

Across the globe governments have passed laws that require households and businesses to phase out incandescent bulbs and replace them with more energy efficient alternatives. The laws make it illegal to manufacture, import or sell incandescent bulbs in certain countries. Brazil and Venezuela kicked off the movement in 2005, with the EU, Switzerland and Australia following suit in 2009. Other countries are gradually catching on, with Argentina and Russia starting the phase out process in 2012, and the USA, Canada, Malaysia, Mexico and South Korea all making the switch in 2014. Halogen energy saving bulbs, compact fluorescent lamps and LEDs are all energy efficient alternatives.

Between 2012 and 2014 the US introduced new laws ruling that standard 40 and 100 watt incandescent light bulbs must slash energy usage rates by 30% in order to comply with minimum efficiency standards.

In 2016 the EU will vote on whether or not to go ahead with a proposed phase out of halogen light bulbs, or postpone the ban until 2018. The proposition is part of the European Union's plan to reach its '20-20-20' targets that aim to slash energy consumption and carbon emissions across the continent. At present halogens are the least efficient bulb on the market which means they've found themselves on the radar of EU environmental strategists. However there have been delays due to concerns over the quality and price of alternatives.

Come 2016 all bulbs within the European Union will need to be classified as Class B or above, as outlined by the Energy Efficient Directive. This includes retrofit halogens. Class B indicates that the relative energy consumption of bulbs must be less than 60%.